Carbon Build-Up - Why it happens?

Newer cars generate more carbon deposits, this makes the engine slow in reaction and more expensive to drive. Here you can read what is happening inside the engine and how the HYDRIVE engine cleaner easily solves the problem.

Most of us know howis to drive a car with many kilometers on the bag. It seems tired and also uses more diesel or petrol than it did, as it only had a few months on the back. The reason is probably that the engine has carbon deposits. A direct consequence of the many shorter trips we Danes typically drive - something that is particularly a challenge for diesel cars.

It is not only the particle filter that is boiling over time, but also the EGR cooler, which cools the exhaust gas an extra time, the exhaust pipe and the turbocharger. Thus, diesel engines need an extra hand in the form of an efficient cleaner such as HYDRIVE engine cleaner.

This is how the diesel engine works 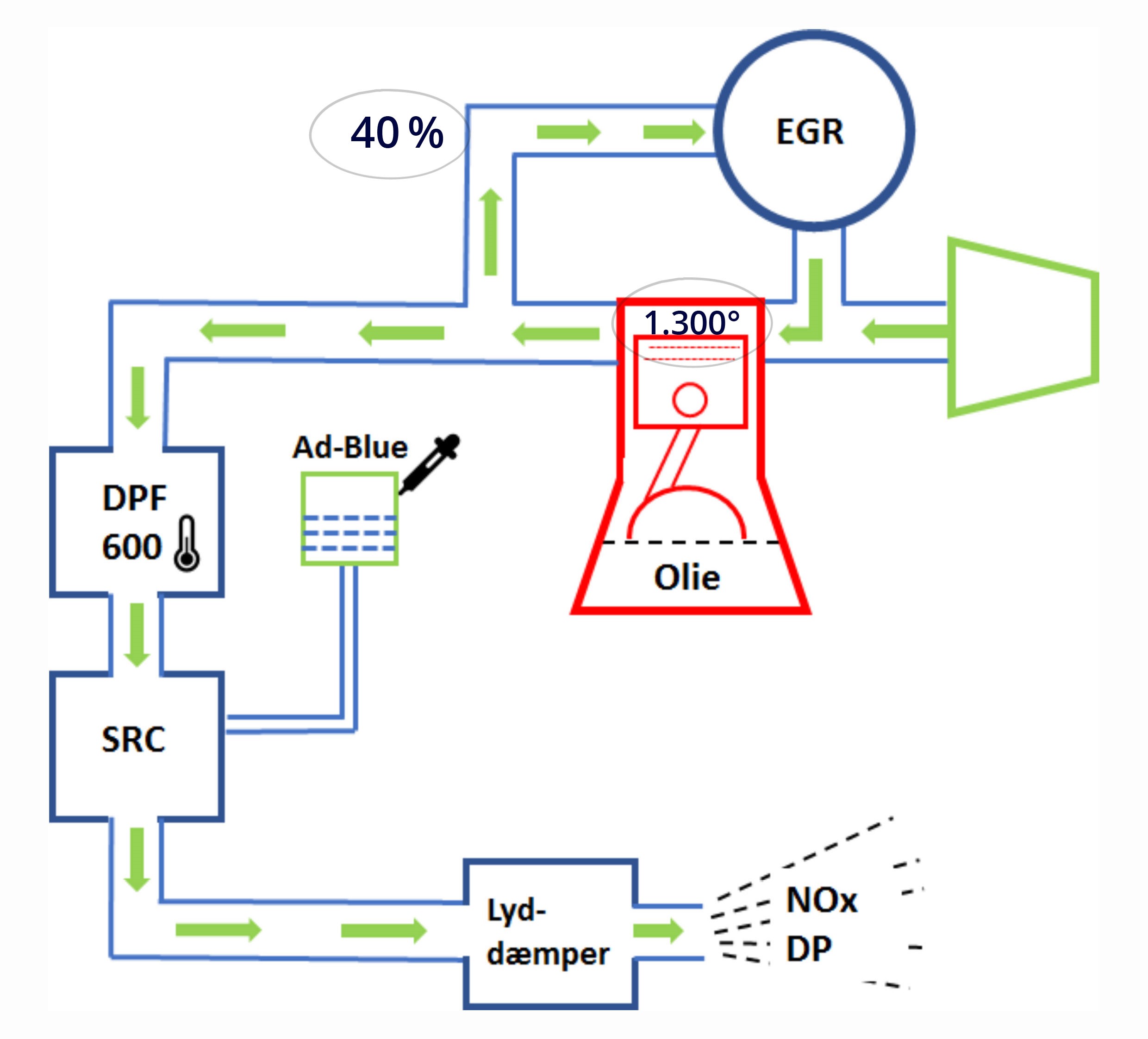 Diesel engines are not invented with an EGR valve. It was added to diesel cars due to new environmental requirements in the 1980s to address the amount of NOx in the exhaust gas. The EGR valve function is to regenerate exhaust gas by up to 40%. That is, when diesel is burned, the valve opens and closes the gas into the combustion chamber again. As the gas cannot burn again, the temperature drops, and thus also the NOx. On the other hand, it increases the amount of diesel particles, which is another problem. Therefore, a diesel particulate filter (DPF) was added, which, when it works correctly, collects soot.

Another problem. Therefore, a diesel particulate filter (DPF) was added, which, when it works correctly, collects all soot.

When the particle filter is filled with soot, the car automatically performs a regeneration. It will start the next time the engine gets hot enough to start the process. This is done either by 'off-setting' the ignition or by sending fuel in after the top of the piston. This allows fuel to enter the particle filter and ignite, sending the temperature above 600 degrees and the soot being burned to ash. If you wipe the inside of the exhaust pipe with a finger and it turns gray, your particle filter works. If your finger turns black of soot, your filter is not working - and then your engine could probably use a cleaning.

What happens in the engine during a HYDRIVE cleaning

In order to perform a HYDRIVE cleaning, hydrogen is sent in at the intake just before the turbo (if the car has one). Efficient hydrogen cleaning requires the car to be 100% operationally warm. There are two processes where one is reminiscent of your furnace's pyrolysis function - that is, the soot is burned off and turned into ash. The second is a chemical reaction between hydrogen and carbon (soot). Overall, parts of the soot in the engine are transformed into an ash layer that disappears in time after cleaning, so you can physically feel that your car is driving better. As the ashes gradually disappear, this means that the effect of the engine cleaning increases over time until all the ashes have disappeared. The cleaning lasts at least six months in normal driving and without mechanical failure. Many car owners experience driving up to 10% longer on one liter of fuel after a HYDRIVE engine cleaner.

Why you have to clean your engine with HYDRIVE

HYDRIVE engine cleaner is controlled via computer. Unlike the chemical alternatives, the HYDRIVE cleaner is 100% environmentally friendly as the machine performs its task on ordinary water. The hose is inserted as close to the turbo as possible and the engine is idled. Then a sensor is placed somewhere on the engine so that the machine can monitor the engine during cleaning. The start button is pressed and the machine runs for 20 minutes.

After 20 minutes, the sensor and the hose are removed. The car is gassed up six times to 3,500 rpm and then the cleaning is done.

Did you know that an engine cleaner costs about the same as a pair of new jeans and that money is quickly saved in fuel?